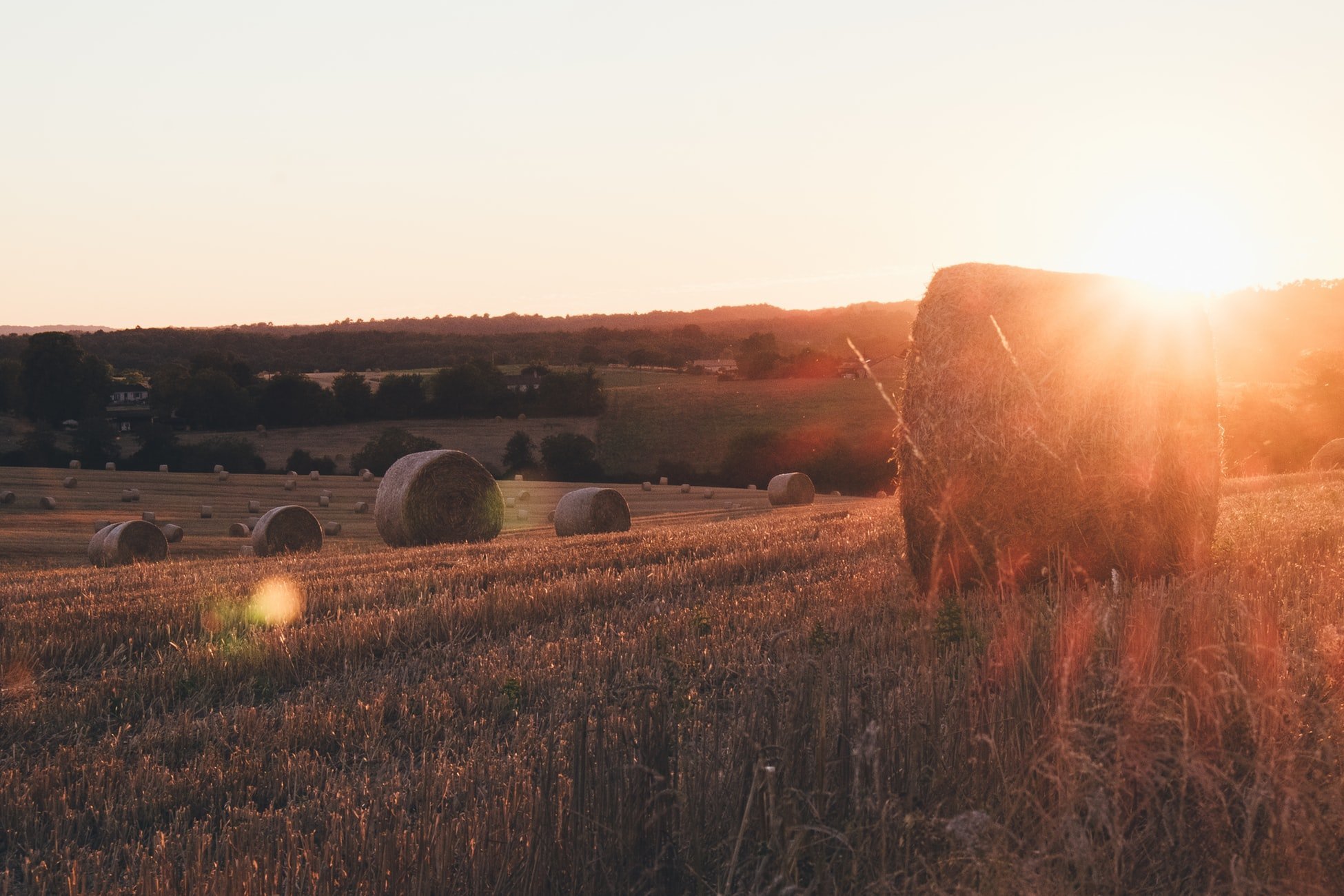 New technologies developed over the last decades offer a set of tools that mark a point of no return in the agriculture industry.

What do we mean when we talk about AgTech?

The term AgTech is the combination of the words agriculture and technology. A recently-developed term, it contains a broad range of new technologies applied to agricultural systems. In regard to new technologies, we can start by mentioning some production technologies including: agricultural precision tools (sensors that allow farmers to control the amount of inputs they apply when cultivating and fertilizing a piece of land), GPS to create a geographical reference of pesticide applications, and software to check weather forecasts or online markets.

The growing demand for food around the globe requires the improvement of agricultural productivity and competitiveness through technology and the development of innovative processes for increased yields and increased sustainability in the use of natural resources. According to FAO estimates, over the next decade agricultural productivity will increase, requiring greater production on existing agricultural land. Wheat and soybean production is also projected to increase by nearly 10% over the next decade, with productivity gains accounting for a majority of this increase. Therefore, to maintain competitive advantage, the use of new technologies has become a must.

In Argentina, the AgTech sector, where agriculture, technology, and knowledge based services (KBS) coexist, has some of the greatest economic potential. Possessing 53% of arable land, the agro-industry is the main source of exports for our country, followed by the automobile industry, then the KBS industry.The growth potential is huge considering that AgTech is a combination of the two major forces of development, agriculture and KBS, and agriculture is one of the least digitized industries in the world. Argentina has distinctive qualities suitable for its development: Besides talent, entrepreneurial culture, and innovative companies, there is also a highly educated agriculture sector already familiar with technology. There are also Argentine laws such as the Entrepreneurs’ Law and the Small Business Law that favor the sector’s development.

Due to the extensive progress of computer processing and storage capabilities made in recent years, it’s now possible to save analyze huge streams of data in agriculture, genetics, transactions, and climate. Previously unthinkable, this create a new paradigm and an endless number of applications for the agro-industry.

Why has AgTech become so popular?

In 2018, AgTech startups raised 16.9 million dollars. In addition to agricultural machinery and the genetic processes used to increase production, this year software companies are targeting the booming AgTech market. AgTechs can monitor the evolution of crops via satellite images and set off alerts for areas experiencing problems.

In dialogue with iProUP, Wiagro CEO, Martín Cordasco, highlighted the technologies incorporated by his company, including GPS field monitoring, global coverage via satellite, Whatsapp alerts that allow you to “chat” with your silobags, and the use of blockchain to protect data.

This year, banks took a step further and plunged into the digital world to increase the customer base. The Galicia bank included new features in their Galicia Office app, allowing agricultural companies, representing 30% of their clients, to open checking accounts online.

Even though in Argentina, the adoption of digital technology in the agricultural sector is a slow process, the large number of emerging companies offer encouraging prospects, such as S4, Auravant, Beeflow and Kilimo. Prospects is projected to expand thanks to the combination of investors and government policies.

In Argentina, S4  mitigated the problem of climate risk in agricultural production by creating a digital product (insurTech), that offers foreseeability in an unpredictable industry. In other words, S4 Coverage allows you to save money in a business where losing money has always been the rule..

Using a simple web app, the farmer or producer can access coverage to protect against floods or droughts in order to recover lost yield. In an industry where historically, between 35% and 42% of crops have been lost to inclement weather, S4 offers a transparent and disruptive tech-based solution.

Auravant is a Big Data company in the agricultural sector that assists producers by notifying them of potential problem areas and other precision farming insights. It has more than 3000 users in 22 countries around the world and helps monitor almost two million hectares.

Kilimo developed a platform for efficient irrigation management that uses satellite data, climate information, and soil samples to recommend producers when and how much they should they irrigate each crop. The company has clients in Argentina, Chile, Brazil, Uruguay,  and Paraguay, with plans to expand to the the United States and Peru.

Some global data to measure the phenomenon

Letting the numbers speak for themselves, the global market value of AgTech is estimated to reach approximately 26.7 billion U.S. dollars by 2020 — becoming the most influential agricultural trend in developed countries. It is also expected that the market value of precision agriculture will increase from $730 million USD in 2015 to $2.42 billion USD by 2020. The global distribution of production shows North America as the main actor.

However, it is also projected that the Asia-Pacific region shows the fastest market growth between 2017 and 2022. This region presents a huge development opportunity due to the explosive growth of the urban population, breakthroughs in farm management, and favorable government investments. Moreover, it is expected that the presence of countries with booming economies like India and China will make the region a key actor in the growth of precision agriculture over the next years.

The global smart-farming industry grew by nearly 6% through 2016, surpassing the $10 billion mark. In the next ten years, the smart agriculture market is expected to grow four-fold, becoming a $40 Billion + market but the end of 2026. The hardware component of the industry will be at the forefront of this growth, with more than a 50% share in the AgTech market. The CAGR of smart agriculture for the 2016-2026 period has been estimated to hover around 11.5% – a statistic impressive in and of itself. It is predicted that the variable rate technology segment of smart agriculture will grow particularly rapidly.

Apart from productivity, the other main objective of smart agriculture is increasing efficiency. The IoT (internet of things) is quickly making its way in this sector in order to assist in reaching these goals. According to a recent BI Intelligence report, more than 75 million IoT devices will be installed in agriculture by the end of 2020 – a 150% increase from the 30 million in 2015. The average volume of big data generated and managed by individual farms is also projected to increase substantially from <0.5 million data points in 2017 to >4.0 million data points 2050. Consistent application of technology is resulting in more agricultural information being generated than ever before, helping to boosting productivity and efficiency.

The publication of a new World Resources Report from the WRI underlines the urgency of creating a sustainable food plan for the future, as global population is projected to reach more than 9 billion by 2050, and today’s crop yields will not be enough to meet the growing food demand. If we want to feed the world in the coming years, without destroying the planet, we will need to change the food production paradigm, with big data being central to this shift.

New AgTech companies received more than $ 10 billion U.S. dollars in investments in 2017, though these investments are mostly concentrated in richer countries where the immediate perspective of revenue is greater. According to the Food and Agriculture Organization of the United Nations, “There are 500 million smallholder farmers in the world and they run the risk of falling behind in structural and rural transformations.” New developments in farming technology for developing countries, currently with a large number of poor-yielding lands, could result in the greatest yield increases that could close the global food gap as a result.

How can this reach people?

The technological advances in apps and user experiences, which in other industries have reached users on a larger scale, have yet to fully penetrate the AgTech industry.

Even though it is a profitable industry globally, the current number of users is low. As a result, digital products in the agricultural field such as web-apps, progressive web-apps, and traditional apps have suffered from insufficient development. Users, therefore, are not able to receive, browse, and interact with information in a smooth and user-friendly way.

S4, as pioneers in crop insurance, have taken their products to the next level by investing significant time and resources into user experience, making them completely intuitive and accessible from any desktop, tablet, or smartphone.

The main difference lies in the S4 Index allows virtually all purchases, paperwork, and processes to be completed digitally.

This means that any farmer with a smartphone and an internet connection can compare and purchase coverage for their crops at any time.

Unlike traditional methods, S4 automatically triggers coverage when satellite images and digital measurements indicate that the index has been surpassed, allowing the producer to collect their insurance money automatically, opening up a wide range of new possibilities in the industry. Considering industry predictions and future technological developments in the short-term, such as the arrival of 5G and IoT (internet of things), rapid production and revenue growth can logically be expected. The gap between technology and users in AgTech is closing, but can only succeed if companies invest their resources correctly, developing simple and accessible digital products for their users.

Why companies are using more style guides than ever?

Legal Cannabis industry is here. Is your brand memorable enough?