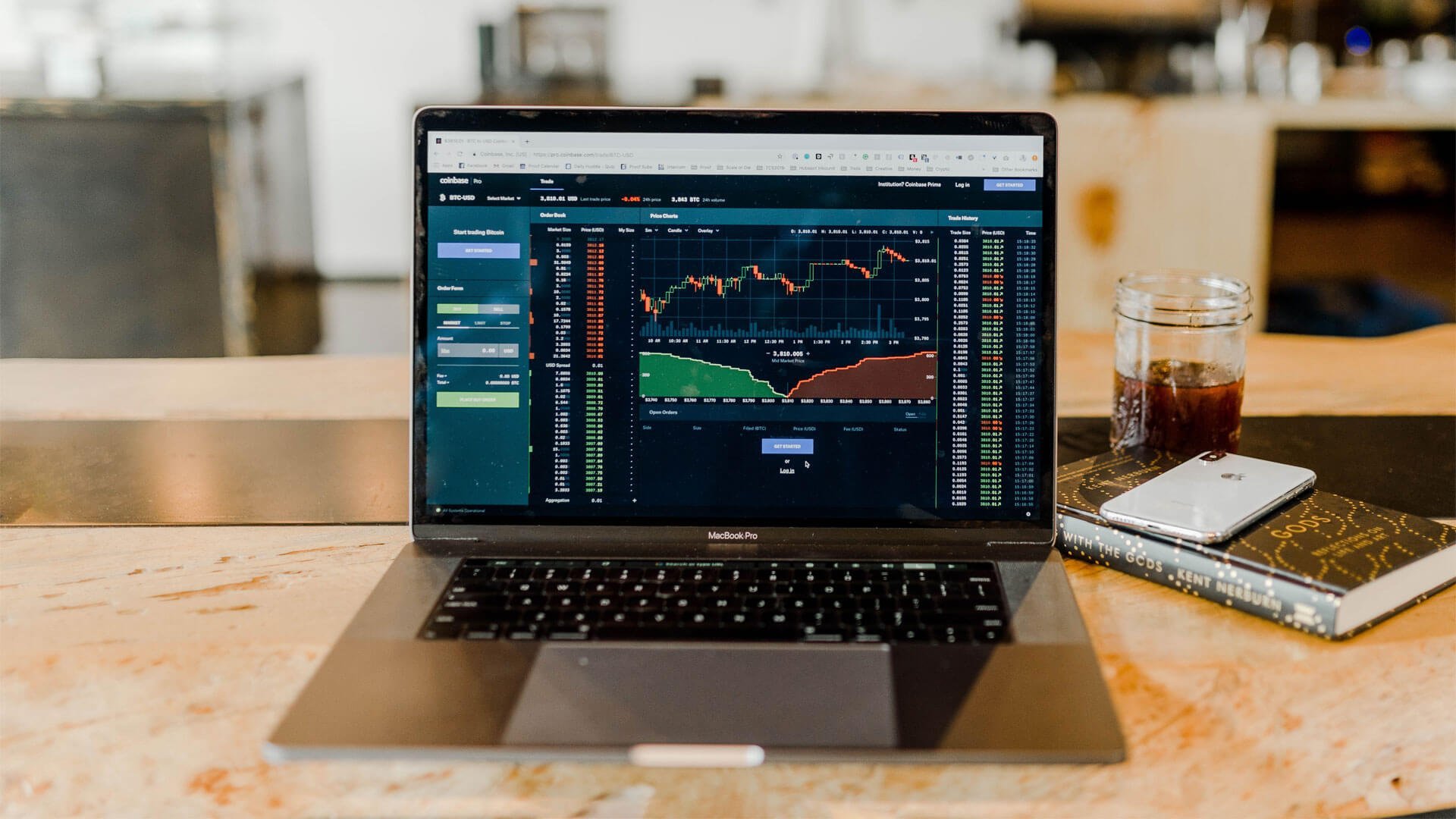 Historically, when conducting financial transactions, individuals and businesses had to largely depend on third parties, such as banks or governments, to ensure trust and security. These intermediaries comply to a series of protocols including authentication and record keeping that help to generate trust in the transactional process.

The need for a third parties is particularly necessary in digital transactions. Since digital goods like money, stocks, and intellectual property are essentially files, they are incredibly easy to reproduce. This creates a problem known as double spending, in which the same value unit is spent more than once, which until now prevented peer-to-peer digital goods transactions.

However, what about if there was a way to conduct digital transactions without a third party intermediary? Well, a new technology exists today that makes this possible. Though before getting into the functional details of this revolutionary technology, it is important to give some context.

Blockchain was invented by a person that goes by the pseudonym, Satoshi Nakamoto. The blockchain is an ever-growing list of records, referred to as blocks. Each one contains a cryptographic hash from the previous block, a time stamp, and transactional data. For example, block B would contain a cryptographic hash from block A, or in other words, the time stamp and transactional data. Blockchain is a transactional record, similar to a bank for example, but this record is distributed on computers through the whole world, it updates automatically, and each transaction is completely verified. Those who make updates to the blockchain, which is fundamental to its functioning, are paid in cryptocurrency. Though, blockchain is still very expensive and slow — while the Visa payment network can process 24,000 transactions per second, bitcoin can only process 7 transactions per second.

Blockchain is a series of data with a timestamp, meaning that each piece of data can be tracked. It is an immutable data record, or in other words, it is incorruptible. We can therefore conclude that the data in the blockchain cannot be altered. It is also adequately monitored, since all of the data within the blockchain is constantly controlled by thousands of computers throughout the world.

Three qualities of blockchain and a pivotal question

First of all, unlike what we are accustomed to, with blockchains, there is no central controlling authority. There is no one place where transactional data is stored. All information is in the collective network of millions of computers. Second of all, information is completely transparent and  accessible for all to see. Third of all, there are no transaction costs, when passing information from point A to B in the blockchain, there is no third party that needs to be paid for simply initiating the transaction. This would eventually allow us to bypass banks all together.

Now for the real question, what are the advantages that could come from switching from centralized services such as Dropbox or Whatsapp to a decentralized system like a blockchain? Taking into account the amount of investments made in blockchain, many believe that it will revolutionize much more than just money, though no one is quite sure exactly what these changes would consist of. It is difficult to imagine what the future applications of a blockchain infrastructure could be — it would be like trying to predict the existence of Uber in the eighties.

An example from history

In 2009, the largest financial collapse in US history brought Wall Street and the financial world to its knees. People, protesting in the streets, were furious with the banking system and government that disregarded the shortcomings of the centralized nature of the financial system. This was the prime time of bitcoin as well as businesses that quickly started to develop their own cryptocurrencies, as if they were shares in the stock market. People started to buy and sell cryptocurrencies exclusively in search of capital gains — buying low and selling high.

Similar to how the value of gold increases with the amount of trust placed in it, the value of cryptocurrencies depends on the trust in its value. In 2010, a bitcoin was worth only 6¢; 50 bitcoins could buy a cup of coffee at a nice café for example. It then grew so explosively that in 2017, at its highest point, 50 bitcoins were equal to US$850,000. Though in January 2018, cryptocurrencies crashed, and though the exact reason remains unknown, many people contribute it to questionable trading and fraud, however it could simply be attributed to the general volatility caused by its explosive growth. That being said, it is reasonable to say that cryptocurrencies and blockchains are still in their infancy.

Why will blockchain transform the internet and the global economy?

Blockchain is a highly disruptive technology that promises to change the world as we know it. The technology is not only changing how we use the internet, but also revolutionizing the global economy. By permitting the virtualization of goods, Blockchain is driving the change from an internet of information (where we can see, interact, and communicate information instantly) to an internet of things (where we can exchange goods instantly). It is on the path to a new global economy of immediate value transfer, where third parties no longer play an important role. An economy where trust is established, not by centralized intermediaries, but by consensus and complex computer code.

Blockchain has applications that go much further than obvious things like digital currency and financial transfers. From electronic voting, intelligent contracts, and digitally recorded property assets, to patient health record management and proof of ownership for digital content.

This is why Blockchain is deeply alarming for the hundreds of industries that depend on intermediaries, such as banks, finance, academia, real estate, insurance, legal services, medical services, the public sector, and many more. This change would result in massive job loss and the complete transformation of these industries as a whole. Though, in general, the elimination of intermediaries comes with many benefits. The banks and governments which currently impede the free flow of business with delays due to the time it takes to process transactions and cooperate with regulatory requirements. Blockchains would allow a greater amount of people and organizations to conduct business more frequently and effectively, spurring a significant boost in local and international trade. Blockchain technology would also eliminate costly tariffs put into place by intermediaries, which have become a burden to both individuals and companies, particularly in the case of remittances.

Perhaps most importantly— blockchain promises to democratize the global financial system. Providing those that have limited access to the global economy, better access to payment systems and greater protection against corruption and exploitation.

The possible impacts of blockchain technology to society would be enormously significant in this sense. With an ever growing list of real-world applications, blockchain is sure to have a large impact. This is only the beginning.

The negative effects of blockchain

Despite the fact that blockchain is a revolutionary technology that could provide a great deal of efficiency and security in our lives, it also comes with societal problems that would need to be addressed. Blockchain technology is likely to change the way we live in the coming decades. To understand this concept, we can start to think of the changes that we may face in our lives. By understanding some of the problems related to adopting this technology, we may even be able to minimize their effects.

First of all, there is job loss. If we eliminate all intermediaries in all industries, where will all of the affected workers go? This will become a central problem in the next decade of innovation as blockchain develops. Those that develop this technology should also ask themselves the same questions to find solutions to the resulting societal issues.

Second of all, the general instability caused by the lack of regulation is of large concern. As industries implement blockchain technology, regulation will need to catch up. In the case of cryptocurrencies, specifically bitcoin, we are already experiencing the repercussions of regulatory inadequacies. Cryptocurrency crimes are on the rise with reports of theft and shady exchanges.

Third of all, there are those that believe that the establishment wants blockchain to fail. Given the magnitude of revolutionary change that blockchain would bring to all industries, those that find themselves in positions of power, understandably prefer to be out of the picture at the time of the change. For this reason, the success of blockchain is intrinsically bound to the ability of the establishment to adapt to these new changes.

8 key takeaways on blockchains with stats

5 Advantages of working with a solid Design System

The benefits of having a people-centered culture